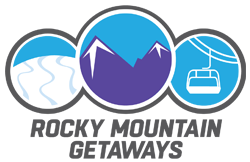 While heading to the Andes to enjoy an exotic opposite season ski vacation most roads go through Santiago, Chile’s capital and largest city.

Most of Chile’s northern most ski resorts are within easy striking distance of Santiago including Valle Nevado, El Colorado, and La Parva (The Three Valleys of the Andes), Ski Arpa (backcountry snow cat skiing), and Ski Portillo.

As a result, many ski vacationers to Chile elect to include a stopover in Santiago to sightsee and explore and day or overnight excursions to wine country or the coast.

Santiago itself is a relatively modern cosmopolitan city with a population of over 5 million in the greater metropolitan area located in Chile’s Central Valley. Most vacationers to Chile will fly into Arturo Benitez Airport and most Chile ski vacationers will spend a few nights in Santiago either on the arriving or departing side of their vacation as there are and abundance of interesting things to do and see.  With accommodations ranging from upscale boutique to ultra luxury combined with bustling contemporary shopping and commercial zones, the districts of Providencia, Las Condes and Vitacura are typically the most popular areas for North American tourists to stay while in town. The downtown Historic Quarter, home to the palatial architecture that houses the Chilean seat of government, other buildings of historic significance, and a thriving commercial district in its own right, is also  a must visit for most visitors to Santiago.

Cerro (Mount) San Cristóbal, the second highest point in the city and the site of Santiago’s largest green space, Metropolitan Park, is perhaps the most visited attraction in the city.  On a clear day, the mountain affords the best 360 degree views of the city and the surrounding Andes Mountains.  At the top of the mountain that can be accessed by sky ride, funicular train, or by hiking is the 22 meter statue of the Blessed Virgin Mary brought over from France in 1908. The surrounding park also houses the National Zoo and popular Japanese Garden.

Day or Overnight Excursions from Santiago

Most visitors to Chile’s Central valley that encompasses Santiago and surrounding areas want to consider doing one of many possible intriguing easily accessible day or overnight trips available to them.  These include excursions to nearby wine country including Viña Undurraga and the well known Concha y Toro wineries among others, and coastal excursions to the popular towns of Vina del Mar or the historic port of Valparaíso.

Rocky Mountain Getaways can assist you with both your lodging needs in Santiago as well as a wide variety of day and overnight tours of including wine country and coastal tours.